Captured, but not defeated, you are being held in the notorious Heldentod camp. This small, converted castle in the middle of nowhere will be your home for the rest of the war—unless you can escape to rejoin the Allied Armies. Planning, patience, skill, and courage will be necessary as you gather your resources, make your plans, and finally, make your great escape.

The Great Escape is an isometric action-adventure game. Controlling a prisoner of war in a German camp, your goal is to break out undetected. There are numerous ways to freedom – back doors, cracked fences, even underground tunnels. However, you have to plan your escape while obeying the strict rules of the camp.

Rule number one: follow the daily program. You have to attend two roll calls a day, one meal, one exercise, and stay in bed at night. Failure to appear at any of these events will result in the alarm being rung. When you do not touch the controls, your protagonist will move automatically, going to all important events. You have to detect and use gaps in the time-table to explore the camp.

Rule number two: guard rooms are off-limits. If a soldier catches you in a room that is forbidden, you will be placed in solitary confinement. Of course, you have to enter restricted parts of the camp to find items crucial for your escape. The morale flag will turn from green to red to indicate that you are in an area where you shouldn’t be.

Rule number three: no prisoner may carry forbidden objects. When you are caught in a suspicious situation, you will be stripped of all items that you found so far. To avoid that, you have to deposit objects in a safe place. You need to find keys to open locked doors, uniforms for camouflage, flashlights to see in dark tunnels, and many more.

Rule number four: guard commands are to be obeyed at all times. The German soldiers patrol on fixed routes and have a line of sight. You have to learn the guard’s routes and sneak past their backs to avoid detection when breaking out. If you are caught, your morale will decrease. If your morale reaches zero, your will to escape is broken. 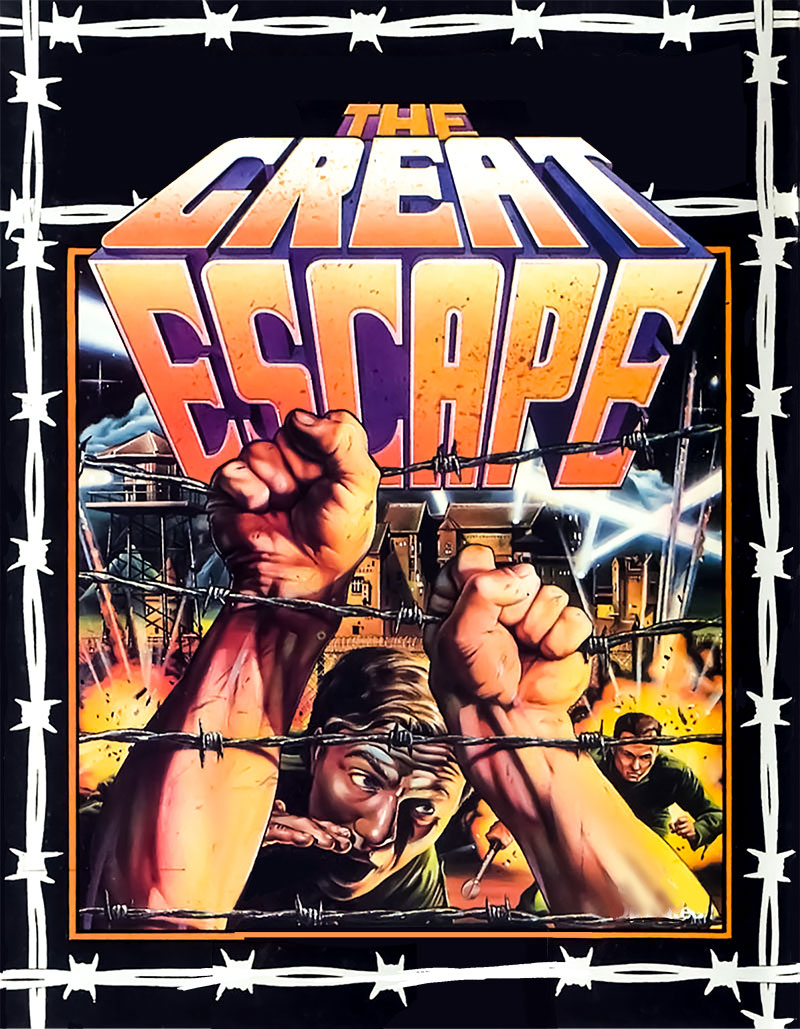 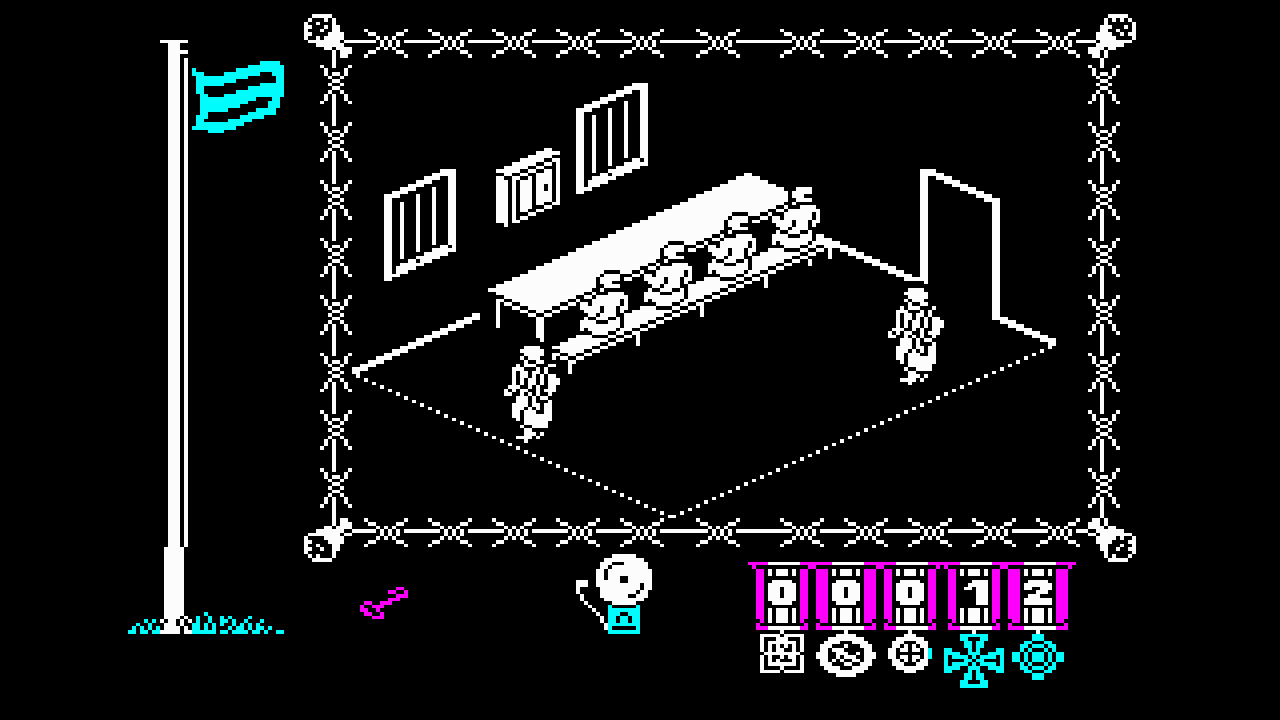 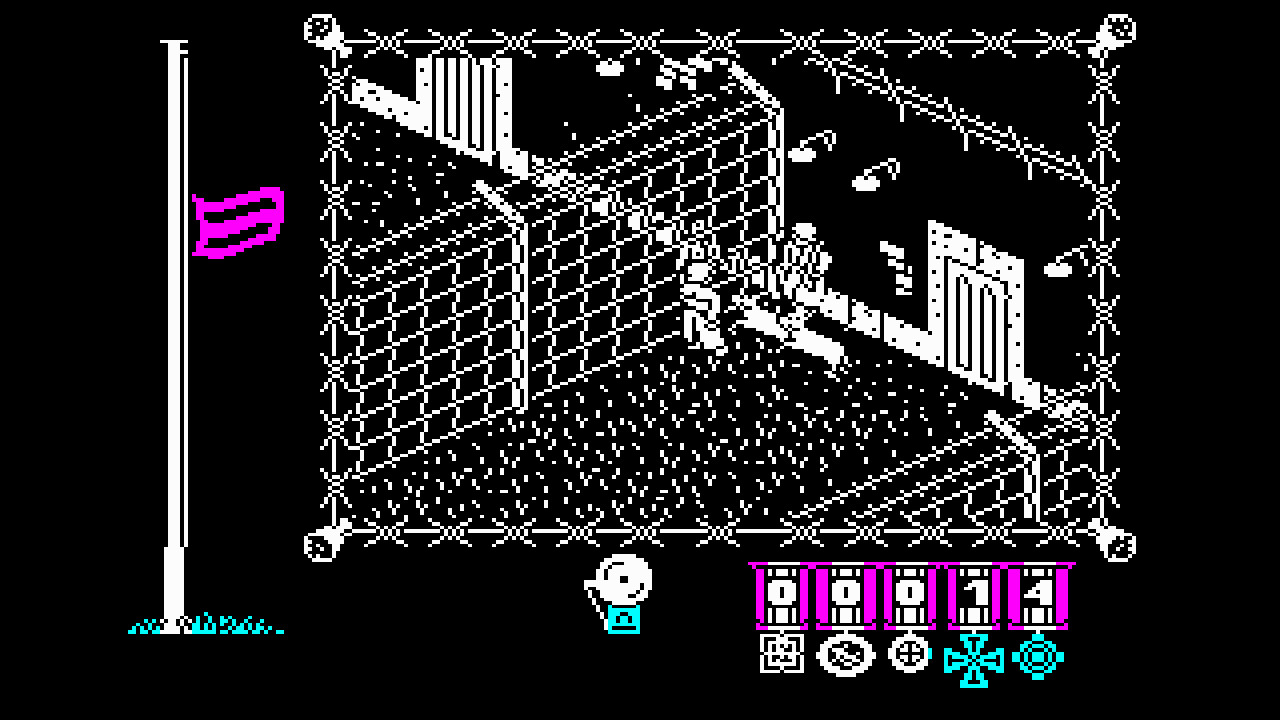 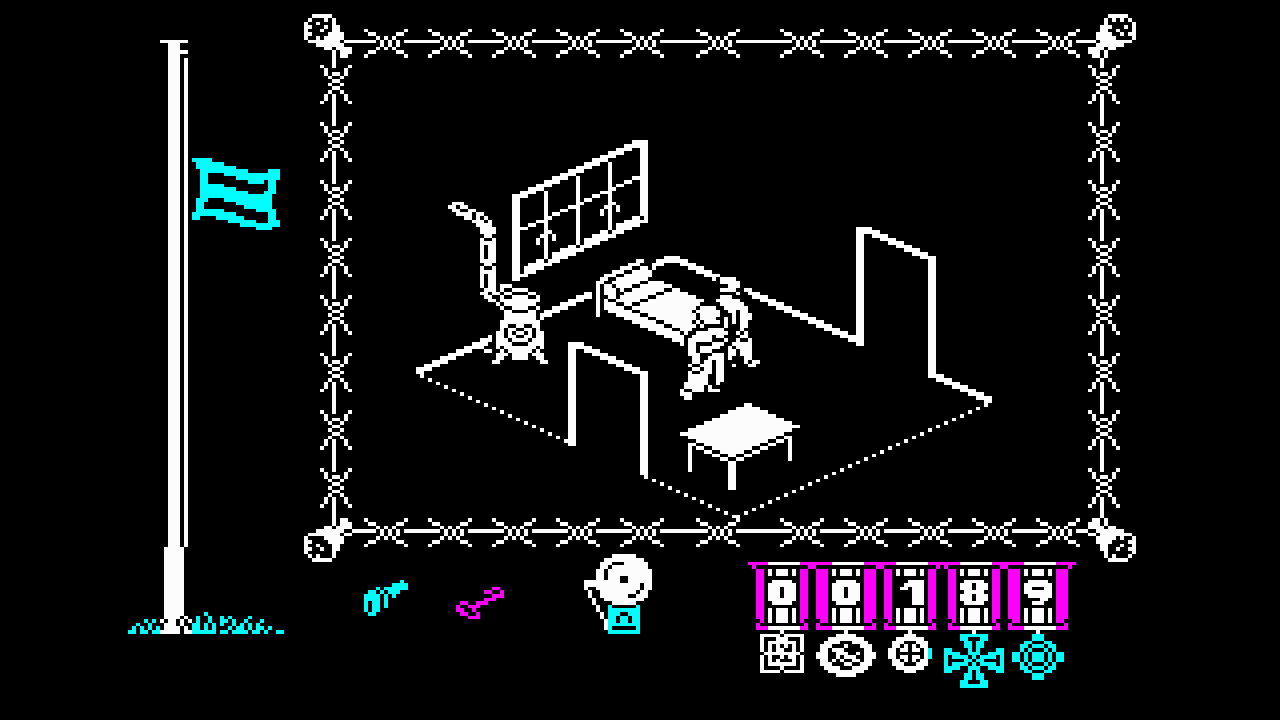 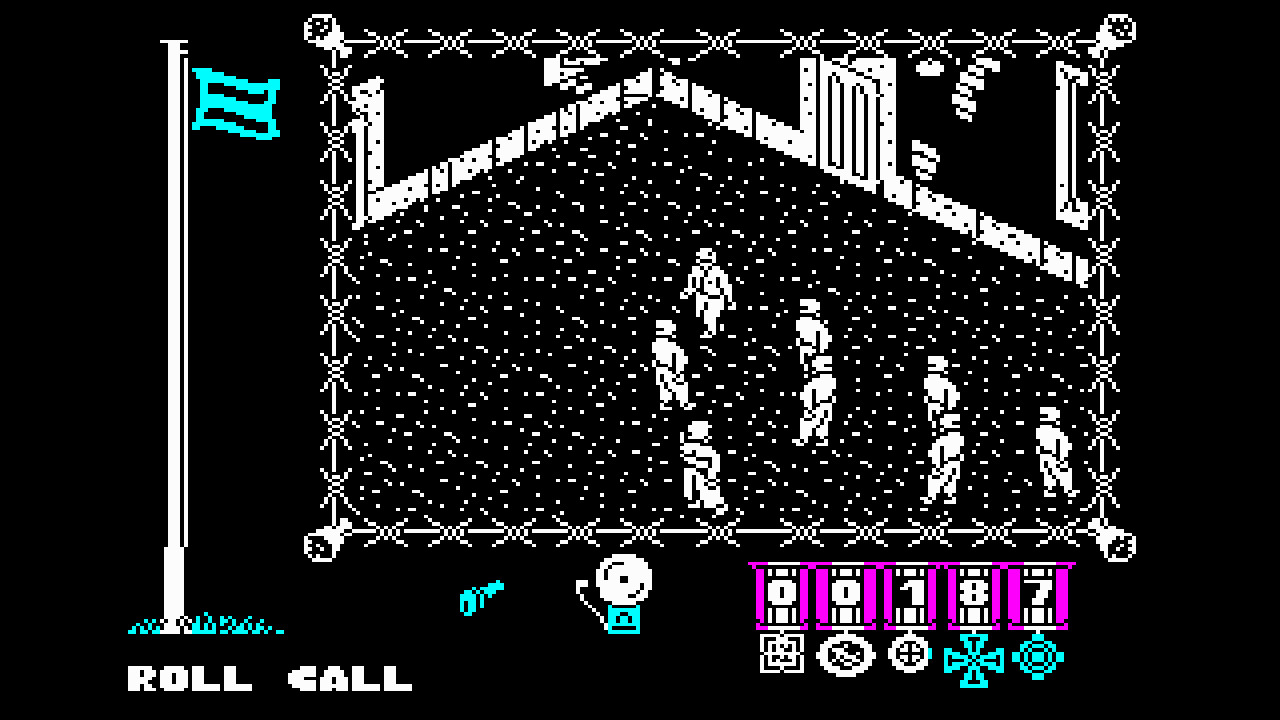 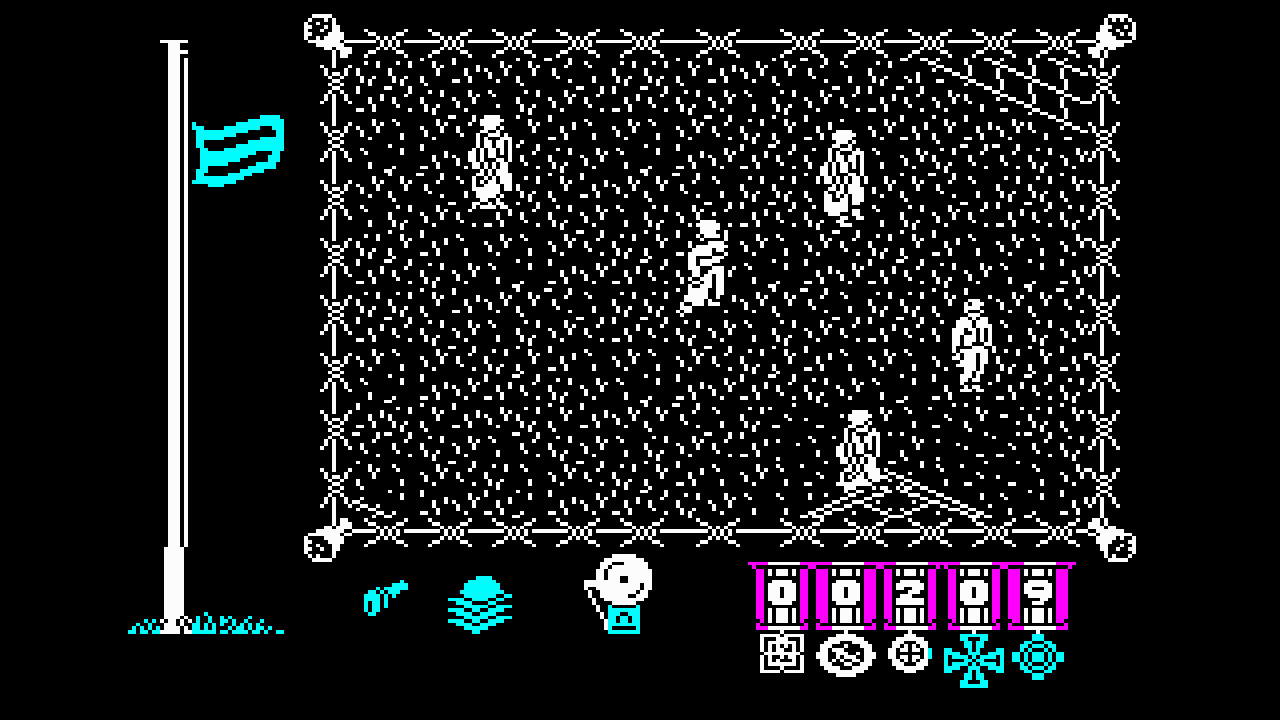 Your plane has ditched on a mountain plateau somewhere in deepest Tibet. You and your companions are alive but recovery from the impact is short lived; a large shape is moving towards you. As it gets closer you rub your eyes in disbelief: a Dinosaur! Where are you?... and when?