Sorcerer U. also meant plenty of adventure - from battling dragons in the Simulation Lab with only arcane spells as weapons; to grappling with zesty females in real life using more, um, natural tools.

Spellcasting 101: Sorcerers Get All The Girls is yet another bawdy, irreverent graphic adventure from Steve Meretzky, author of The Hitchhiker's Guide to the Galaxy, Leather Goddesses of Phobos and Zork Zero. Despite the presence of "naughty" and "nice" modes, this game is not recommended for those who a) have weak hearts, b) believe sex is a four-letter word or c) think college students, no matter what universe they live in, spend their free time studying.

A flash of light... a puff of smoke, and... EUREKA! the perfect woman steps out of The Sorcerer's Appliance. You've just created Eve! (It's only been done once before, and that time it cost the guy a rib).

Return to Animal House. It's pledge week at Sorcerer University, and with Eve's magical help, you'll survive a series of ridiculously impossible hazing tasks. But life isn't all dancing bananas, shower rooms, and melodious moodhorns; and soon you find yourself in a desperate race to save the University from certain destruction.

A Tale of High Education and Low Morals. Ernie Eaglebeak is once again the unlikely hero in this hilarious romp through the bedrooms, turrets, and tunnels of Sorcerer University and nearby Barmaid U (where grading on a curve takes on a whole different meaning). To pass this course, you'll need to cast ridiculous spells, solve ribald puzzles, and "interact" with gorgeous women. Any questions? We didn't think so.

From the scandalous imagination of Steve Meretzky, Spellcasting 201 is a sequel to his award-winning hit game, Spellcasting 101: Sorcerers Get All The Girls. Although this game may be played in either ""naughty"" or ""nice"" mode, it may be considered unsuitable for young minds, as it contains material and situations that children have already seen in far greater detail on daytime television...

Follow the sun and the scent of coconut oil straight to For Naughtytail where Ernie Eaglebeak parties hardy with his fraternity pals in this high energy seaside romp. Ernie is hoping to find sand in all the wrong places but ends up battling a rival fraternity from back home in a series of zany beach contests complete with gorgeous babes, wet T-Shirts, mud wrestling, and body surfing.

Ernie must use hits wits and a healthy dose of magic to save the honor of his fraternity. There's a lot to do, and the Ft. Naughtytail Police Dept. is desperately trying to keep everyone from doing it." 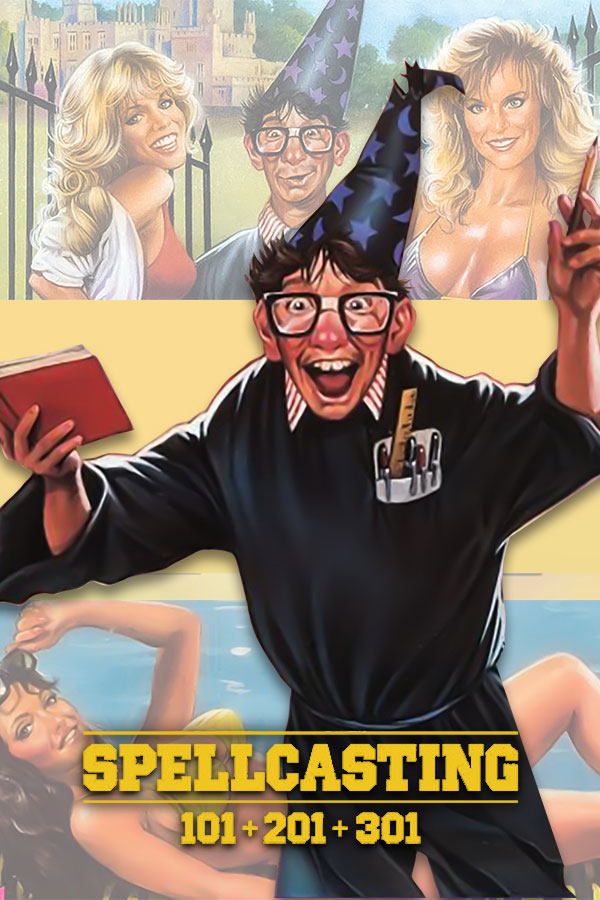 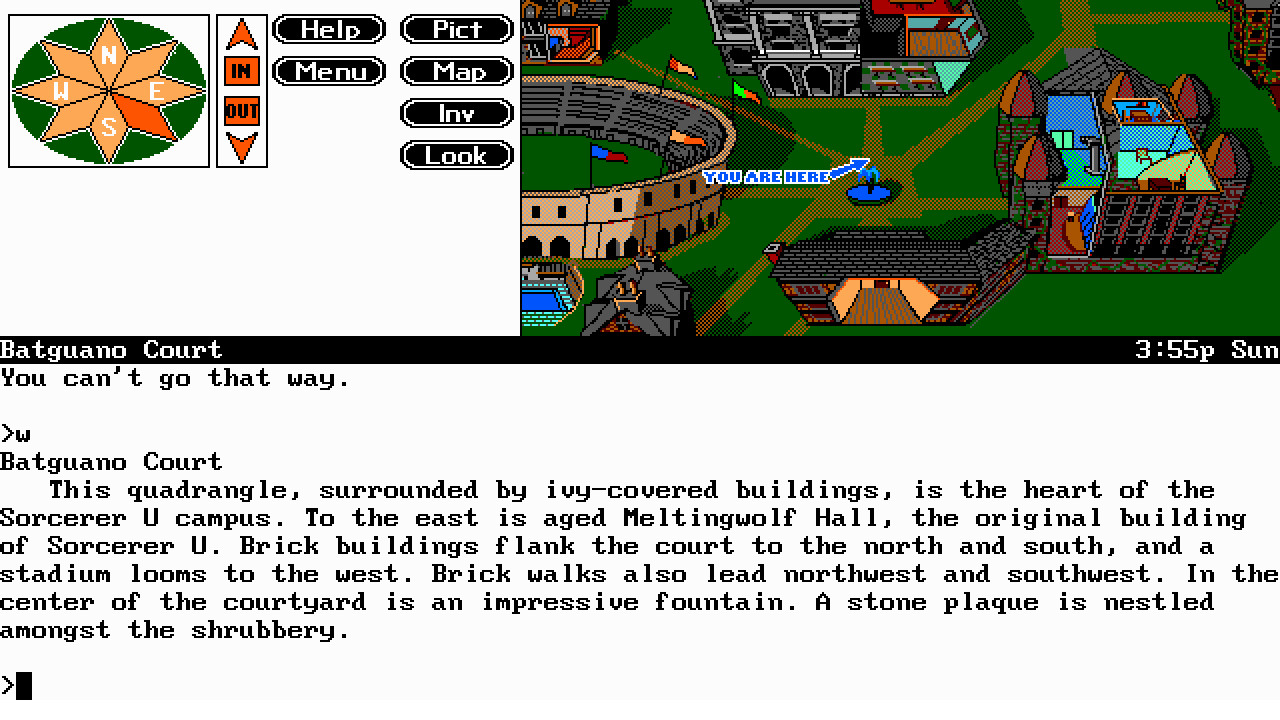 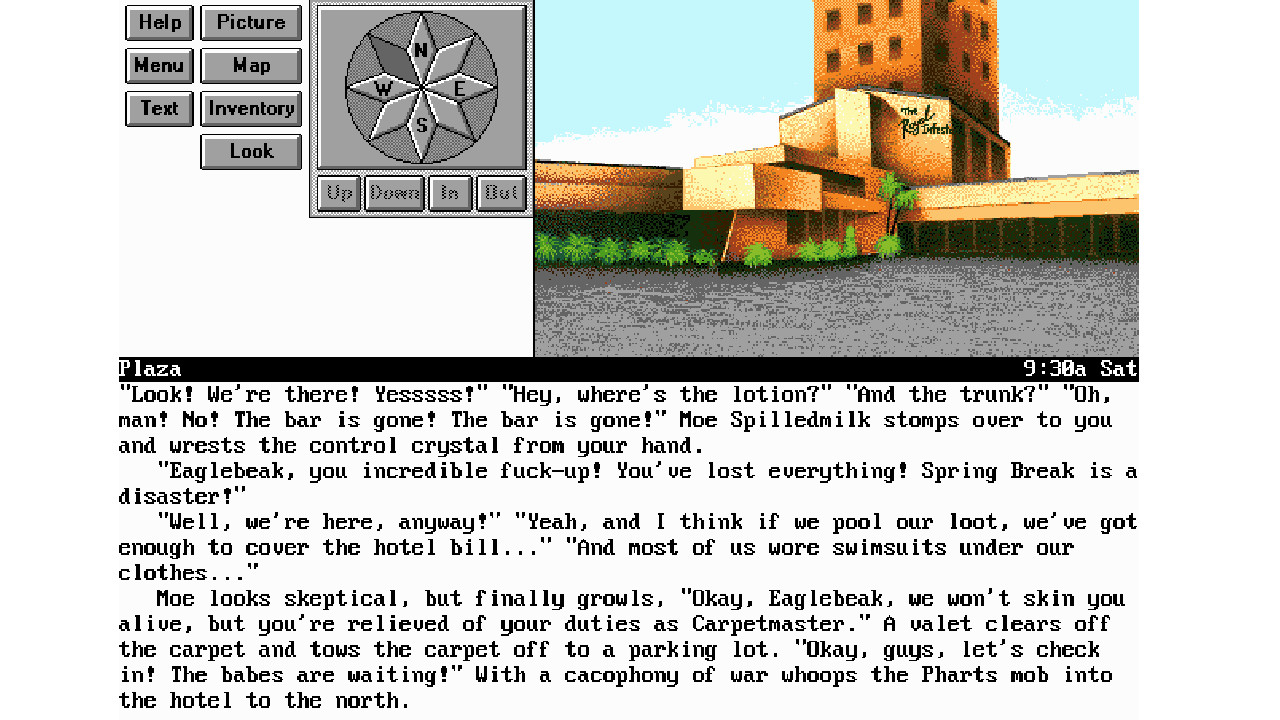 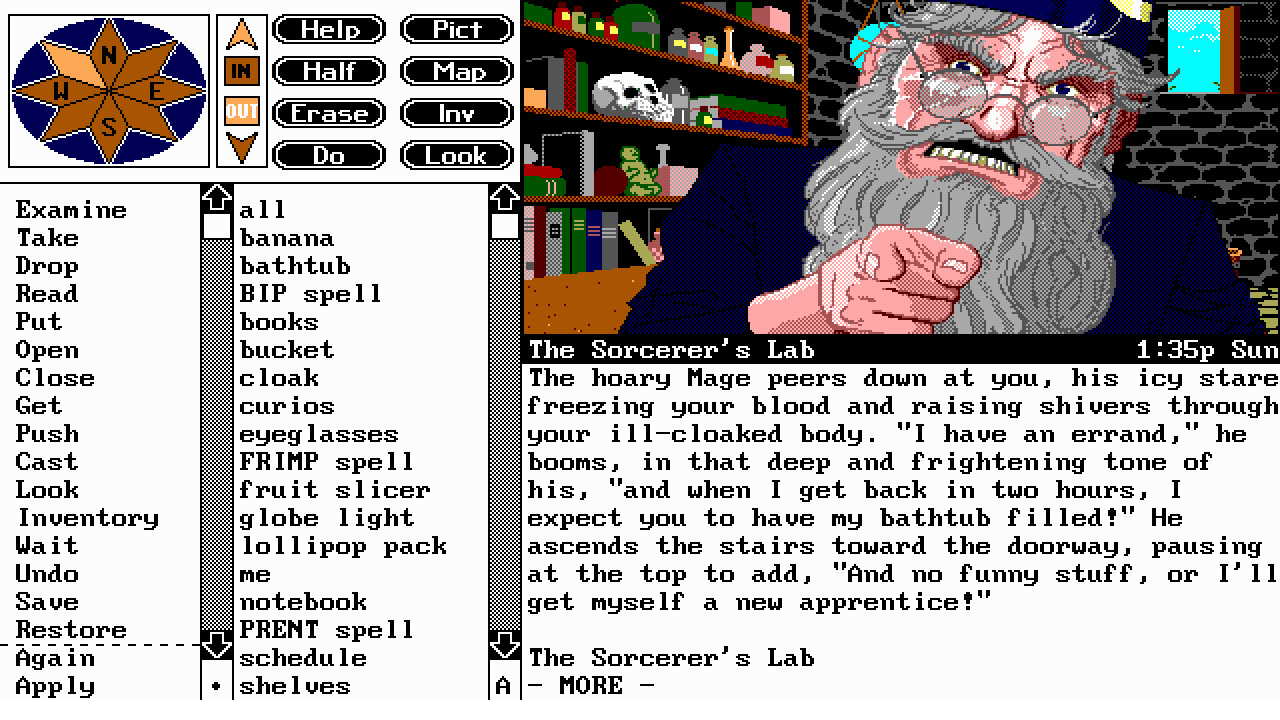 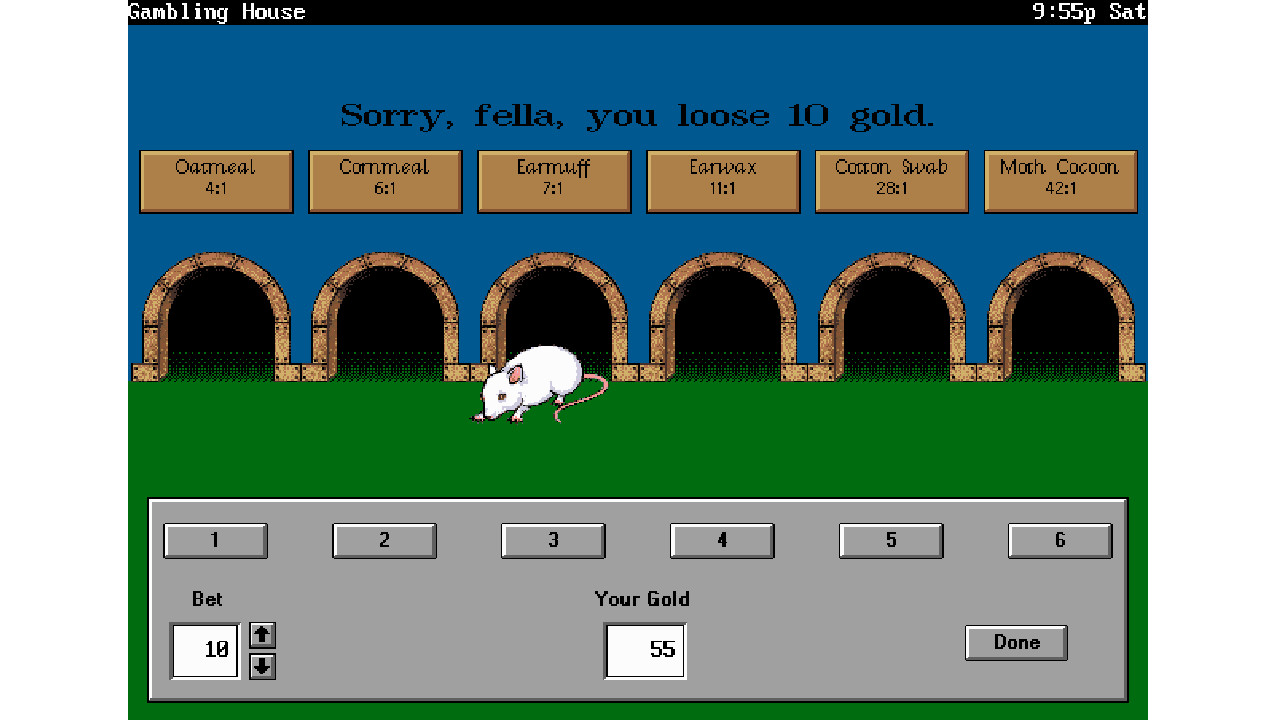 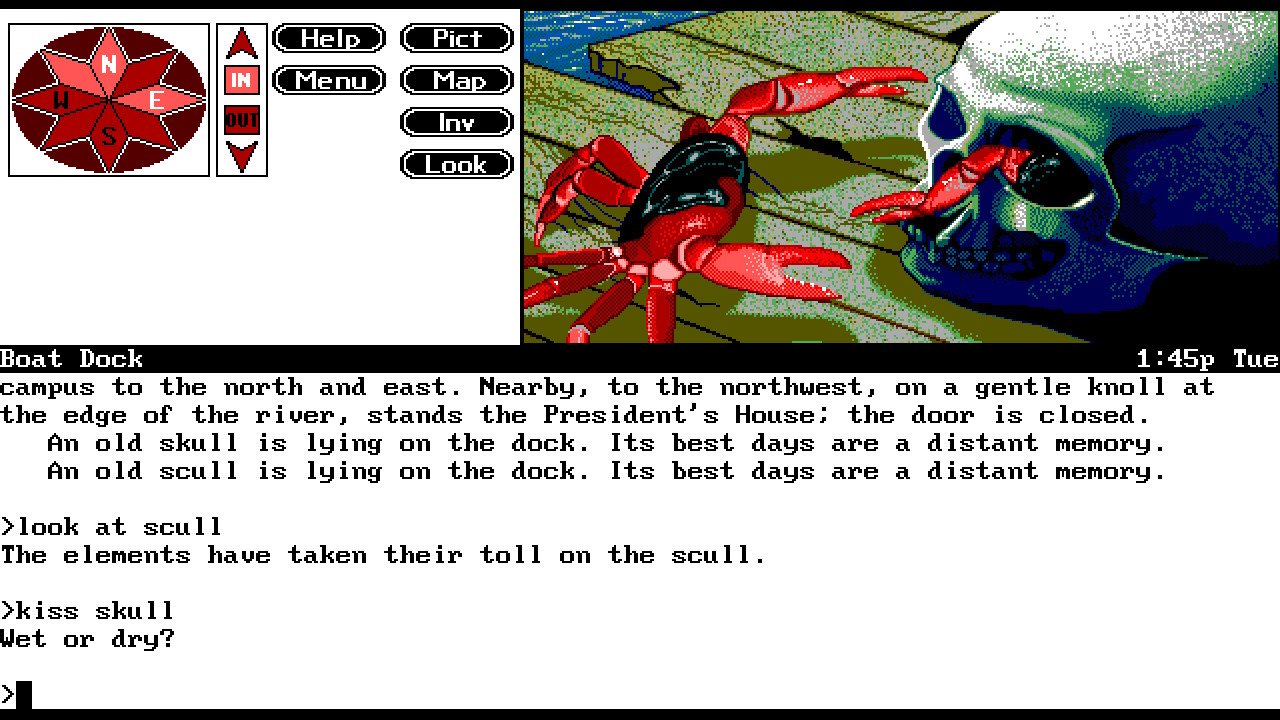 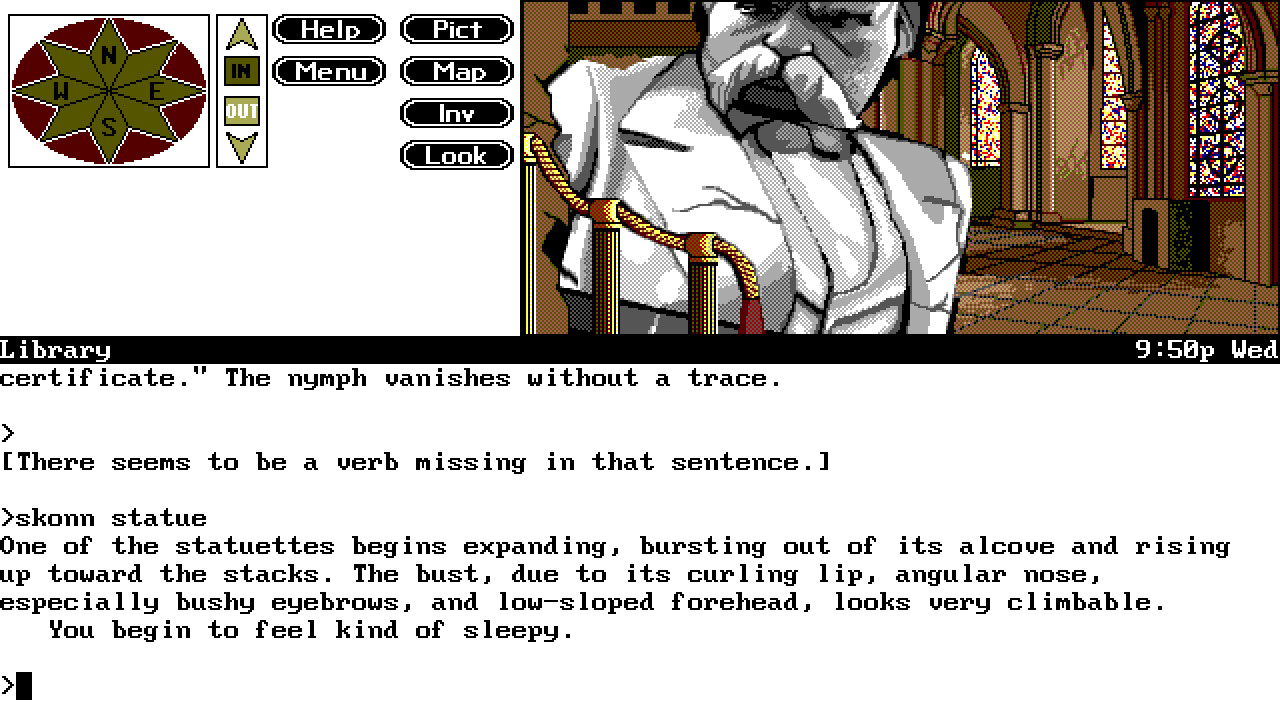 Eric the Unready established his reputation by impaling his instructor during jousting class. Then, when Princess Lorealle the Worthy is kidnapped, Eric begins a madcap quest through his hilarious fantasy world packed with horrible beasts!

Lead a hilarious band of superheroes on a dangerous quest to defeat the evil Doctor Entropy. A ground-breaking mix of adventure gaming and role-playing!