Take the Fright to the Streets

Monsters, mutants, and the walking dead have taken over! Now it’s up to three fearless brawlers from around the globe to unite and do battle against the horrific forces run amok. Punch, kick, and slam your way through werewolves, mummies, vampires, and even Death himself to eradicate the marauding monstrosities!

Take on hordes of frightful foes in this horror-themed beat ‘em up arcade brawler from Data East™. You control one of three fighters whose sole objective is to deliver the beatdown to throngs of classic horror monsters. The full moon is rising — time to show these abominations what a nightmare really looks like! 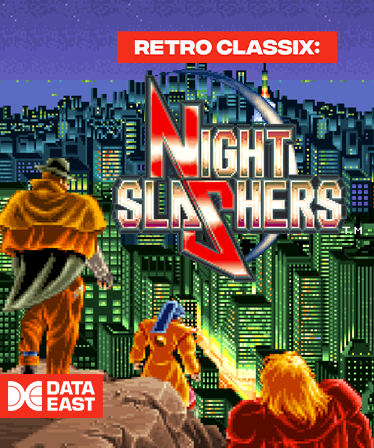 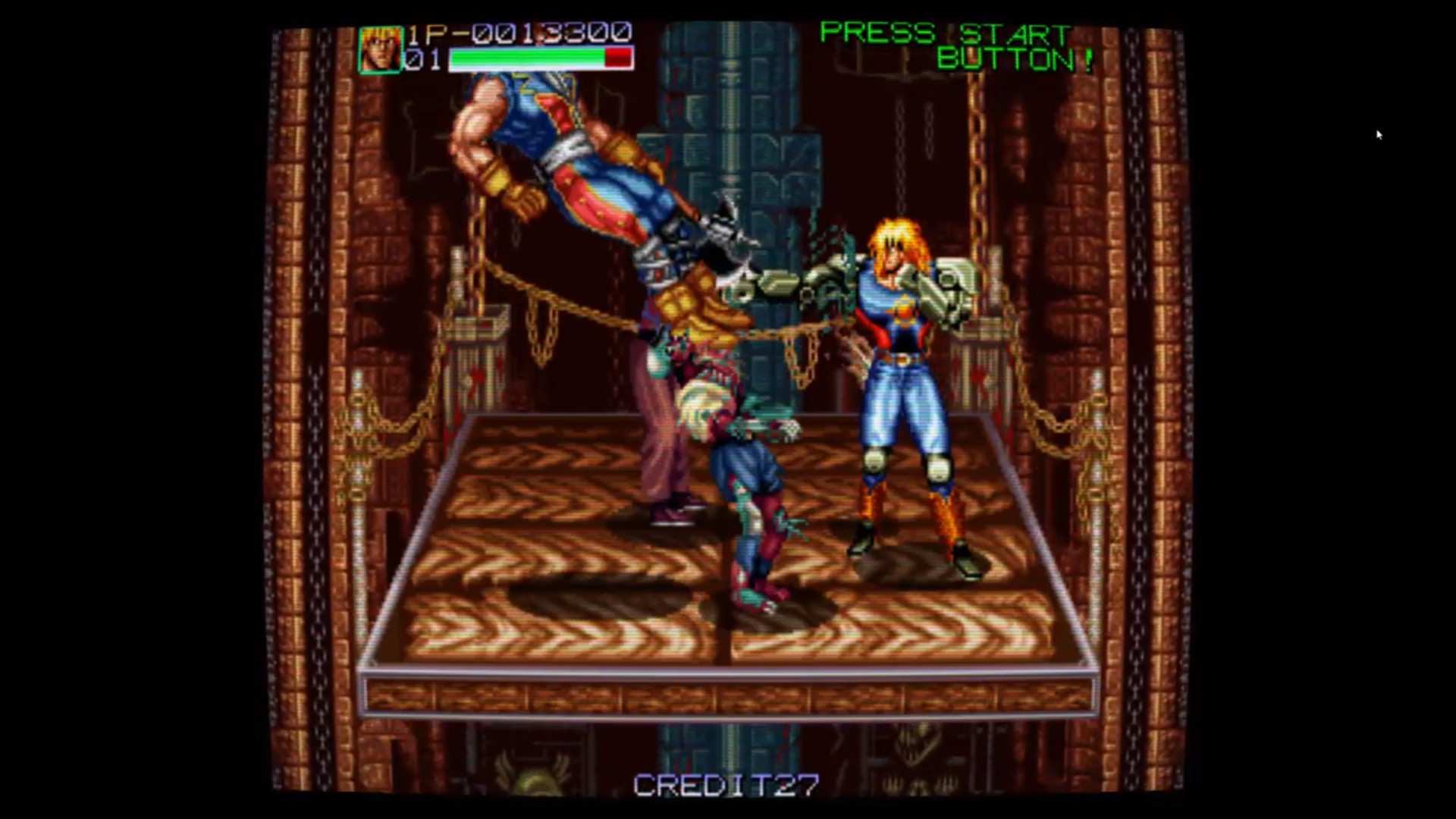 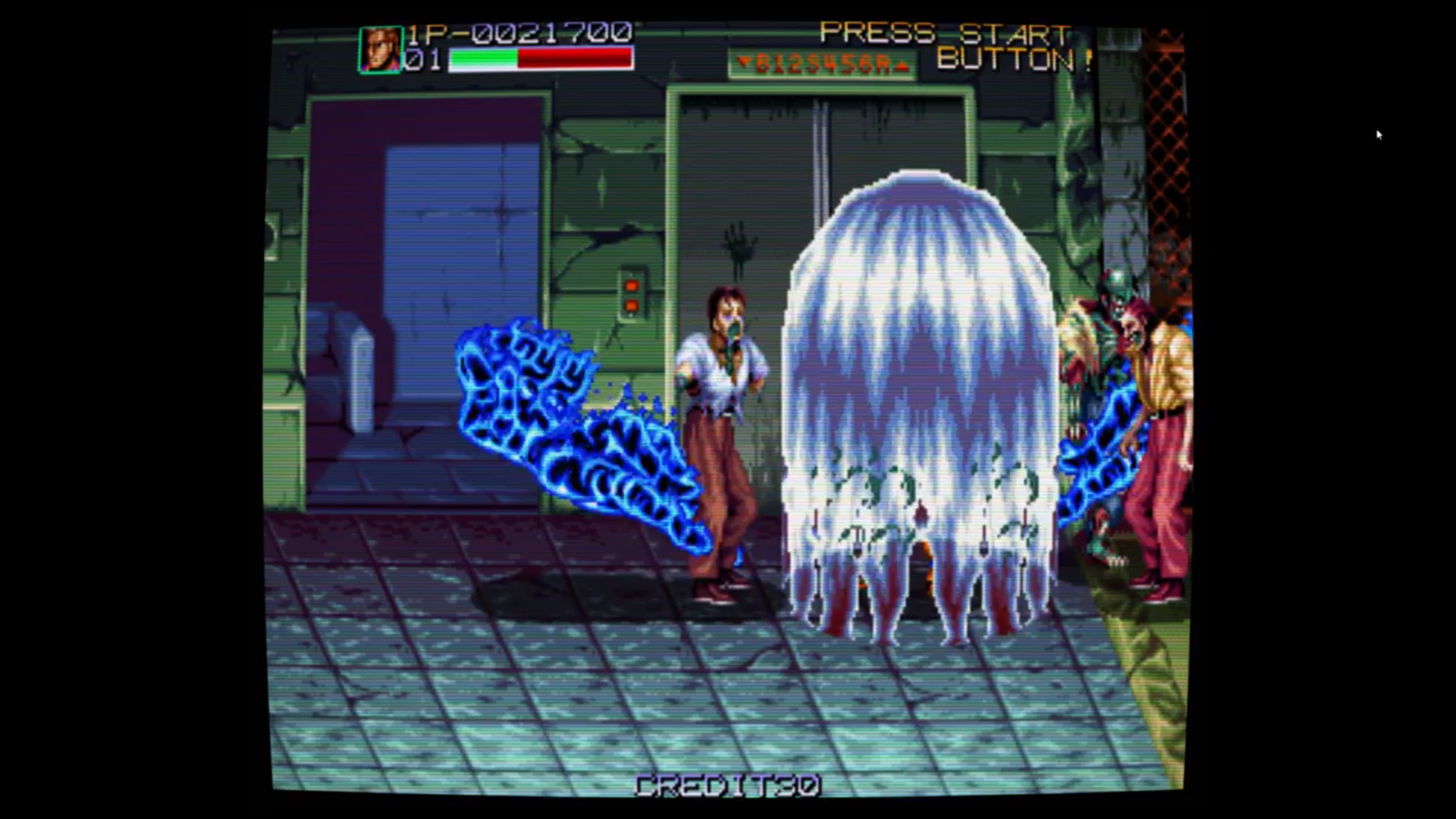 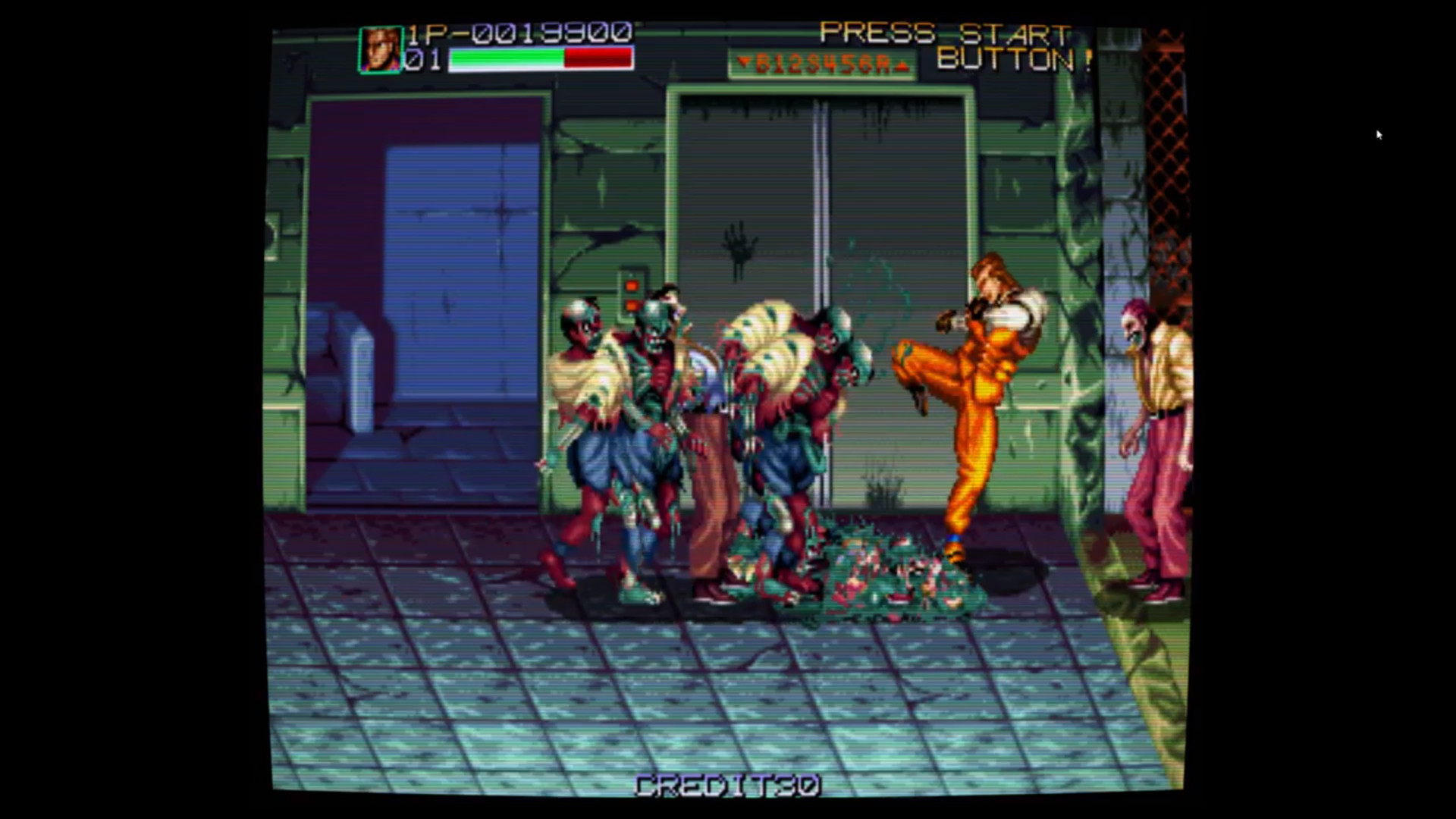 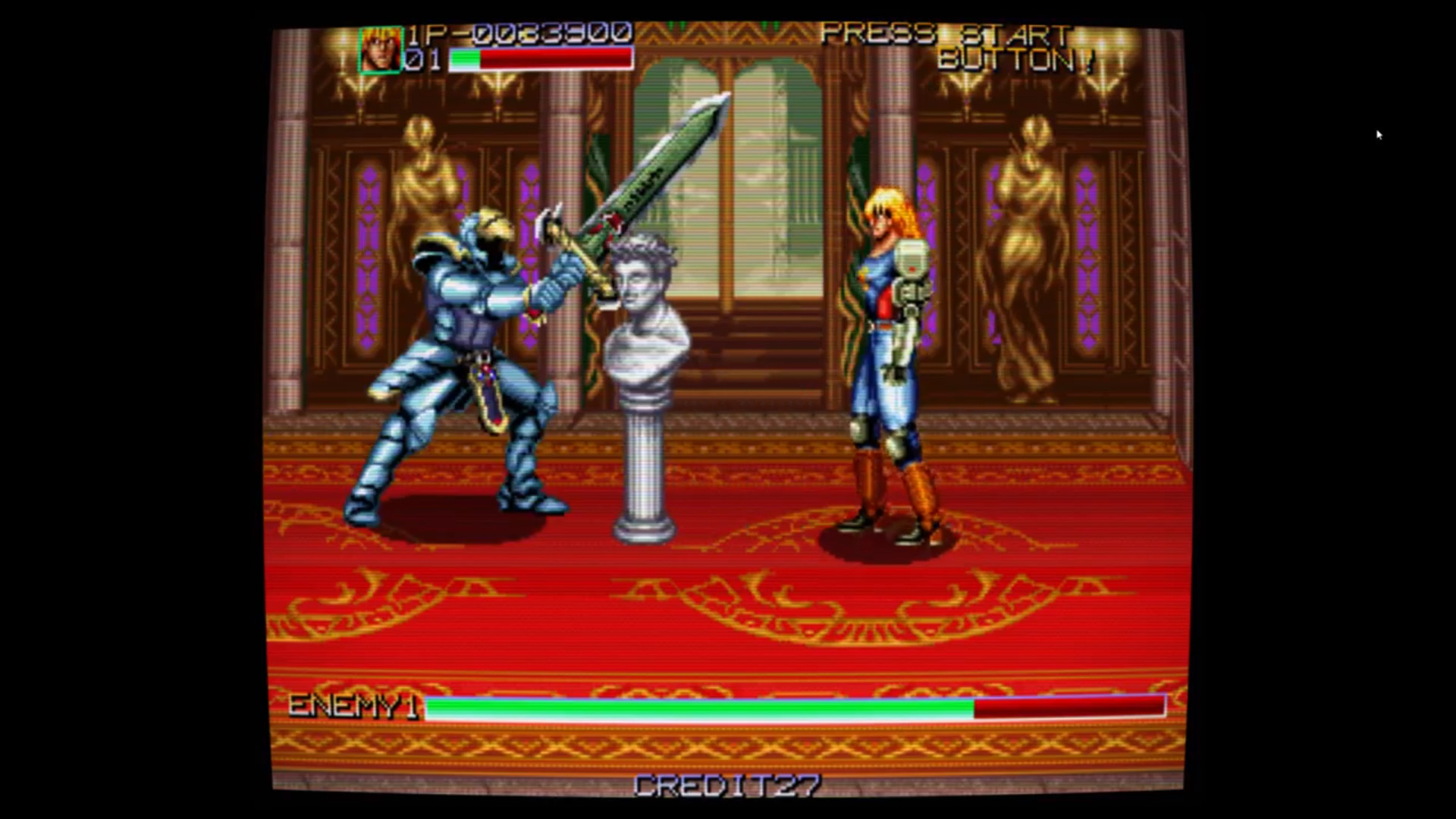 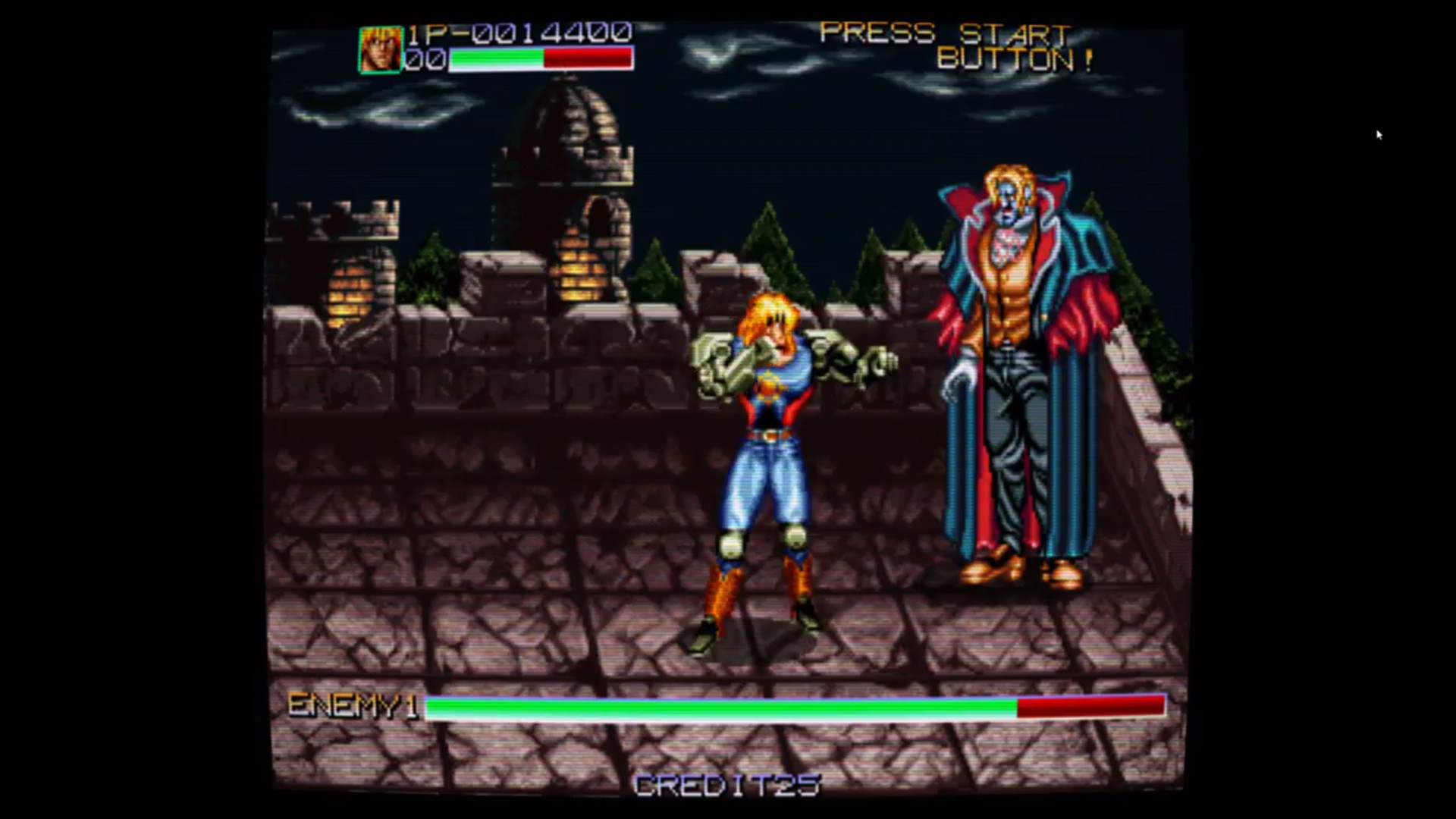 Play as the Bad Dudes pursuing ninjas through the New York City streets, a moving big rig truck, a large storm sewer, a forest, a freight train on an old Southern Pacific line, a cave, and into an underground factory in order to save President Ronnie in the classic arcade beat 'em up.

Recover a captured fighter jet from deep within enemy territory in Data East’s thrilling arcade land-based shmup. Break through enemy lines with your high-speed vehicle capable of blowing away enemy forces and leaping across vast chasms. You’re coming home in that fighter jet, or not at all.

In this colorful arcade classic, play as one or two mercenaries hired by the American government to stop the terrorist organization known as "Big Valley''. Your mission: fight these terrorists for control of post-apocalyptic New York City.

Seal the Gate Of Doom forever! Gate of Doom is a classic arcade multiplayer action RPG originally released in 1990. You and a friend take on the role of one of four heroes of prophecy, the knight Carl F. Graystone, the wizard Fraya Edirne, the bard Riger Hawk, or the ninja Kirikaze.

In this arcade classic for one to two players, collect pieces to assemble the ultimate weapon as you fight through waves of terrorists that have occupied the control center of a nuclear missile site.

Robbing banks, shootouts on horse-back, and roof-top fights, Express Raider will put your reflexes and speed to the test as you work to beat each level in the allotted time. Dust off your boots bandit, it’s time to earn a living.

The 2-player sequel to the classic BurgerTime! In Super BurgerTime, play as Peter Pepper Jr. and complete the burgers, but watch out for Mr. Hot Dog, Mr. Egg and the dangerous Mr. Pickle!

Joe & Mac return in this frantic and zany single-screen arcade action platformer from Data East™. The local cave women have been kidnapped once again, so it’s up to these stone-age superstars to rescue them. Grab your club and get ready to dish out serious prehistoric pain!

Super Real Darwin is a fast-paced, vertical scrolling shoot-em-up that rewards skill and persistence – a cult classic for the retro shmup fan. Take control of a fighter ship capable of mutating into different shapes as it evolves while fighting off enemy invaders.

Grab your club and get ready to go on a wild, prehistoric adventure with the Cavemen Ninjas – Joe & Mac! Play as Joe and Mac, two cavemen who fight against enemy cavemen and dinosaurs using prehistoric weapons. 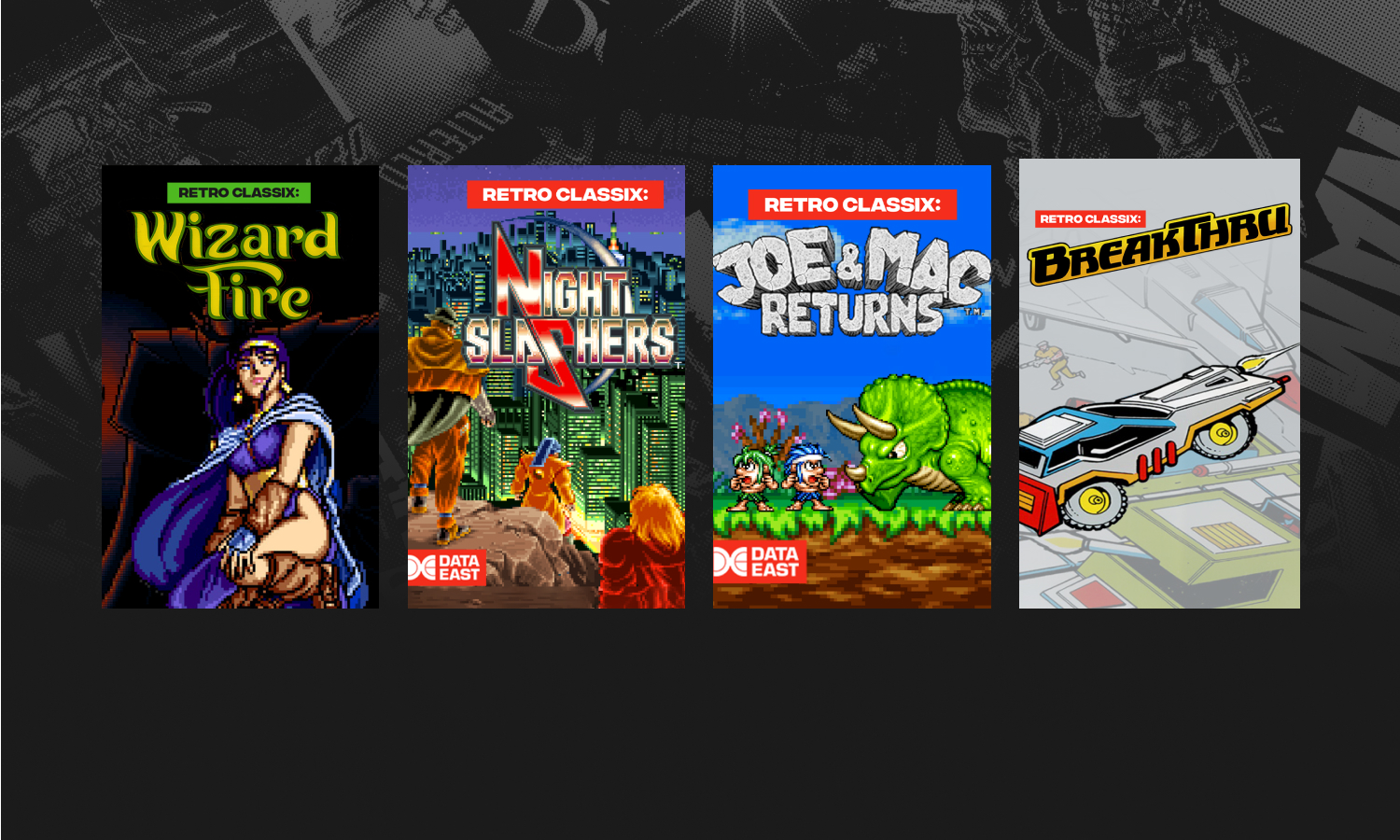