2217 CE. Over one century has passed since the battle against the alien war machines. Earth has returned to peace and the name of Diadora is now nothing more than a dim memory.

Not many remember the ExZeus project and the robots who saved the planet from darkness. But a new menace from above was about to break the peace.

There was only one way to counter this menace and restore hope: reopen the "ExZeus" project. The 3 former metal warriors who saved our planet were thus fused to give birth to a new powerful model of robot, Minos. 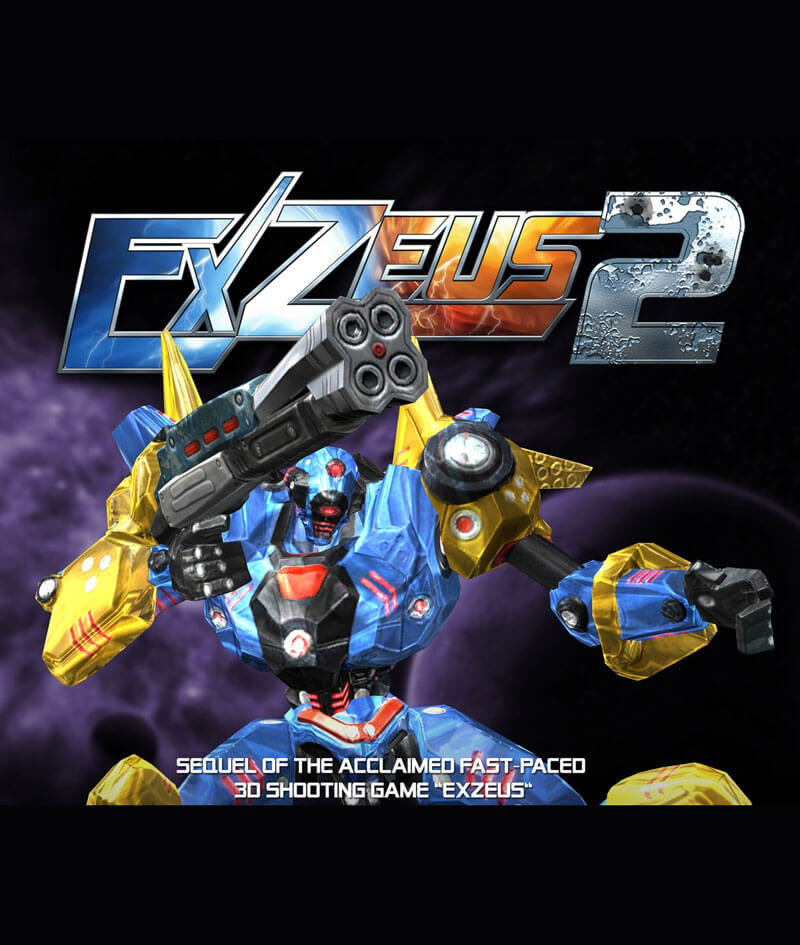 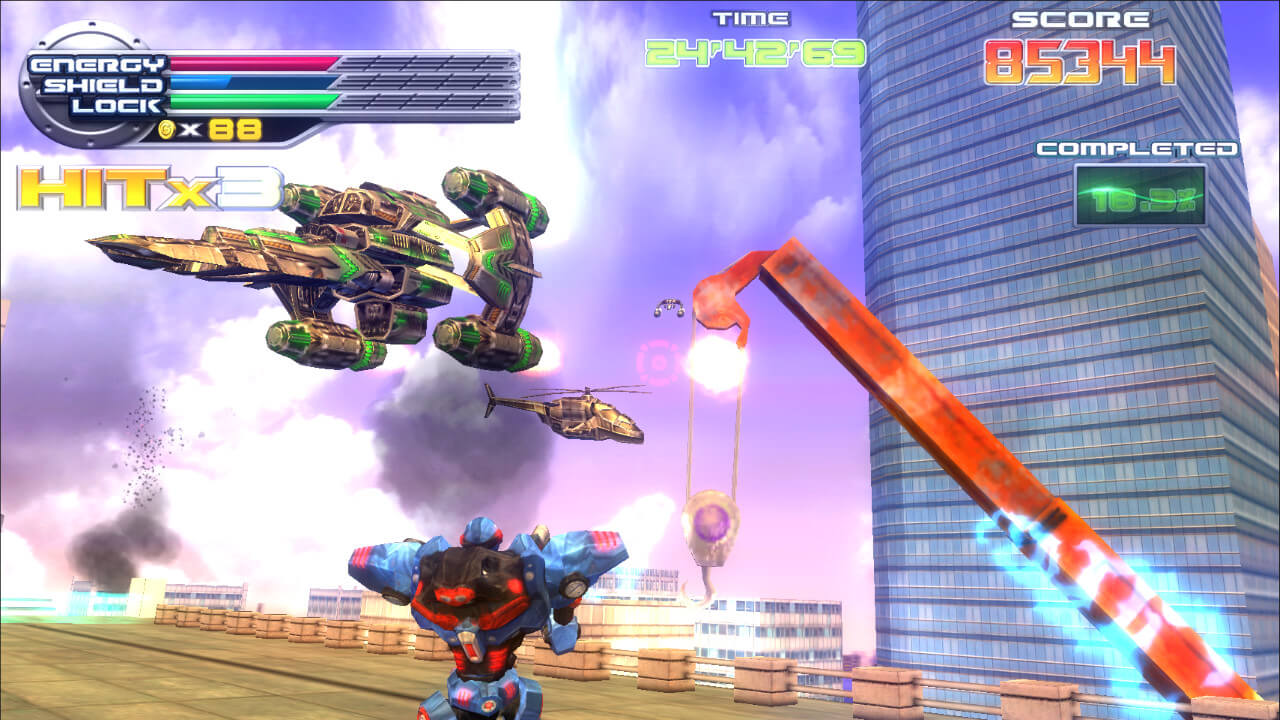 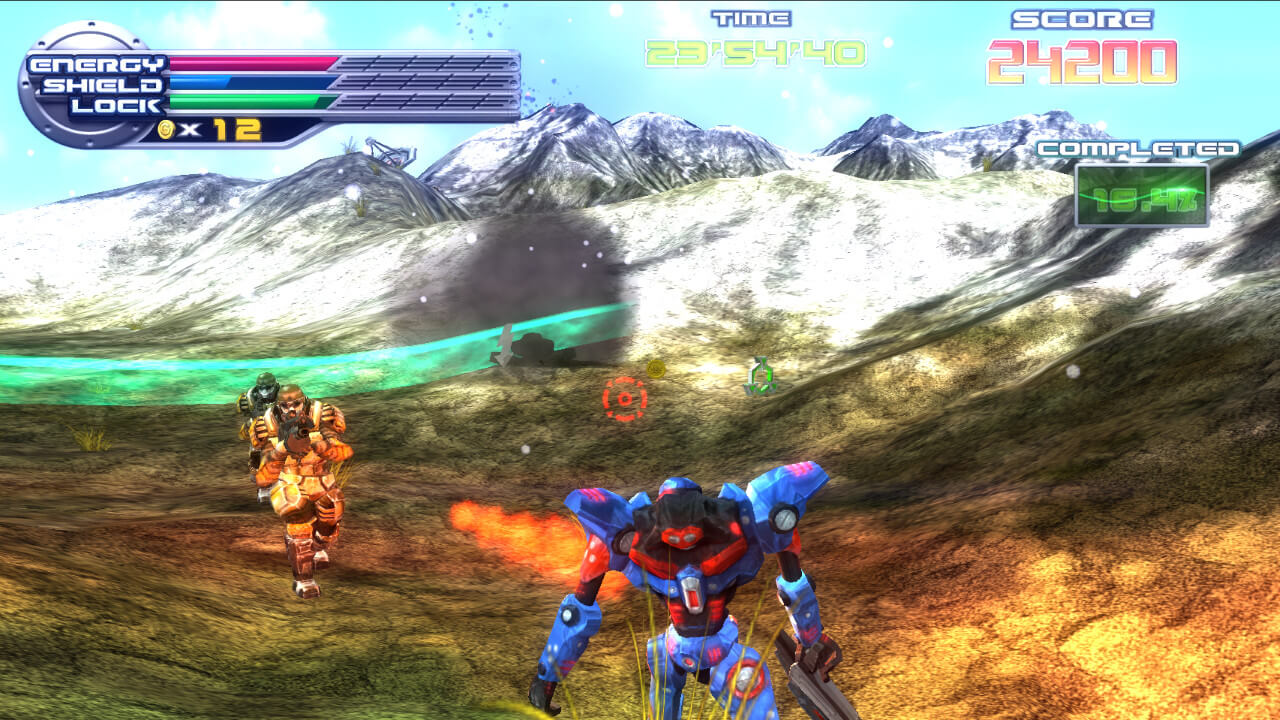 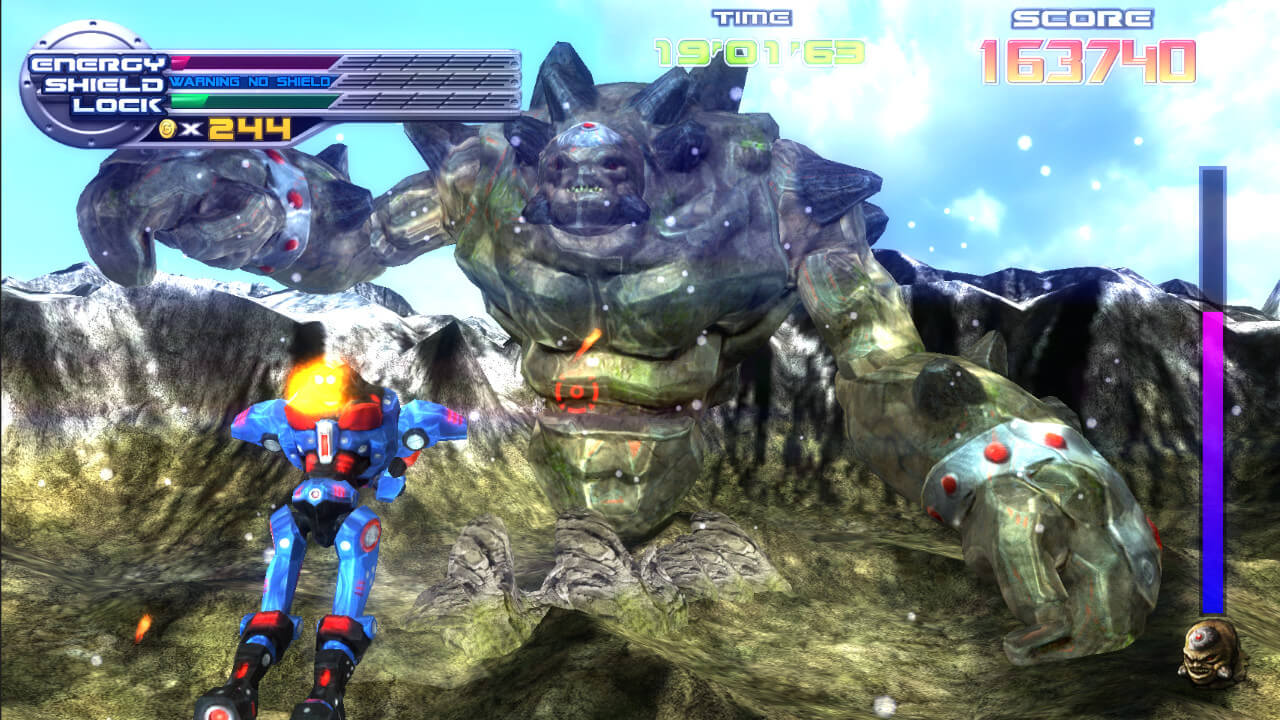 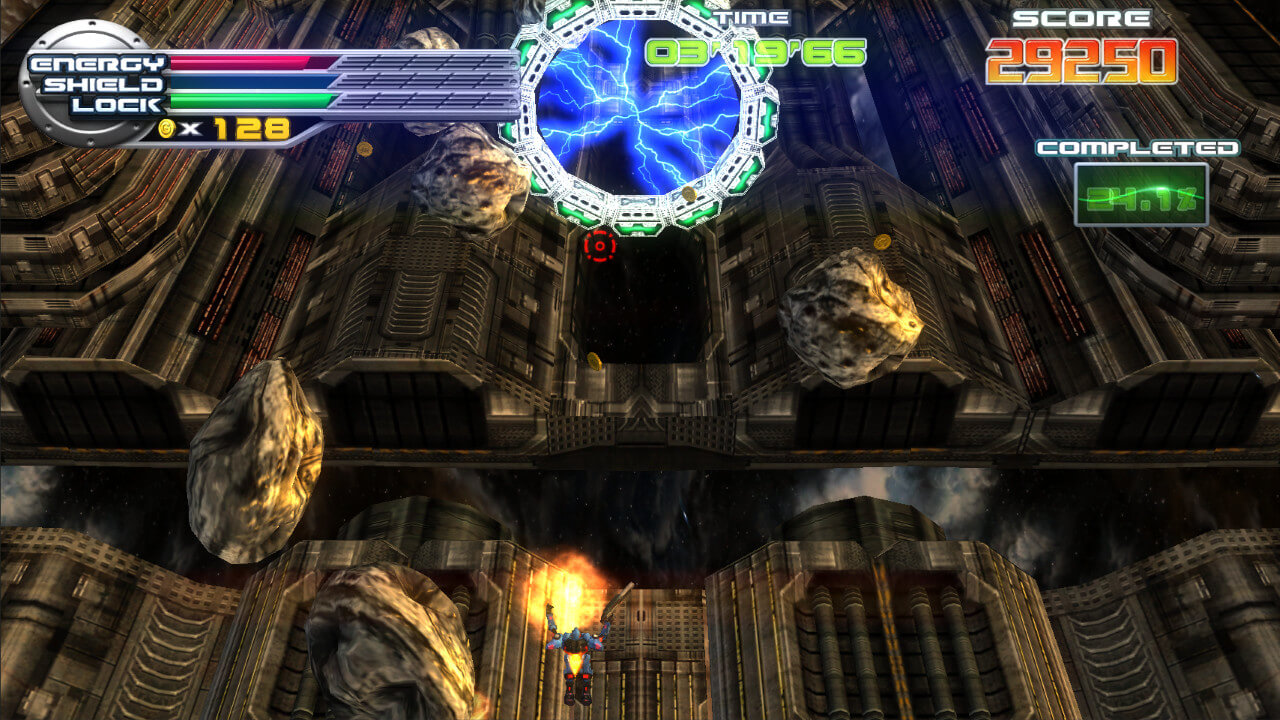 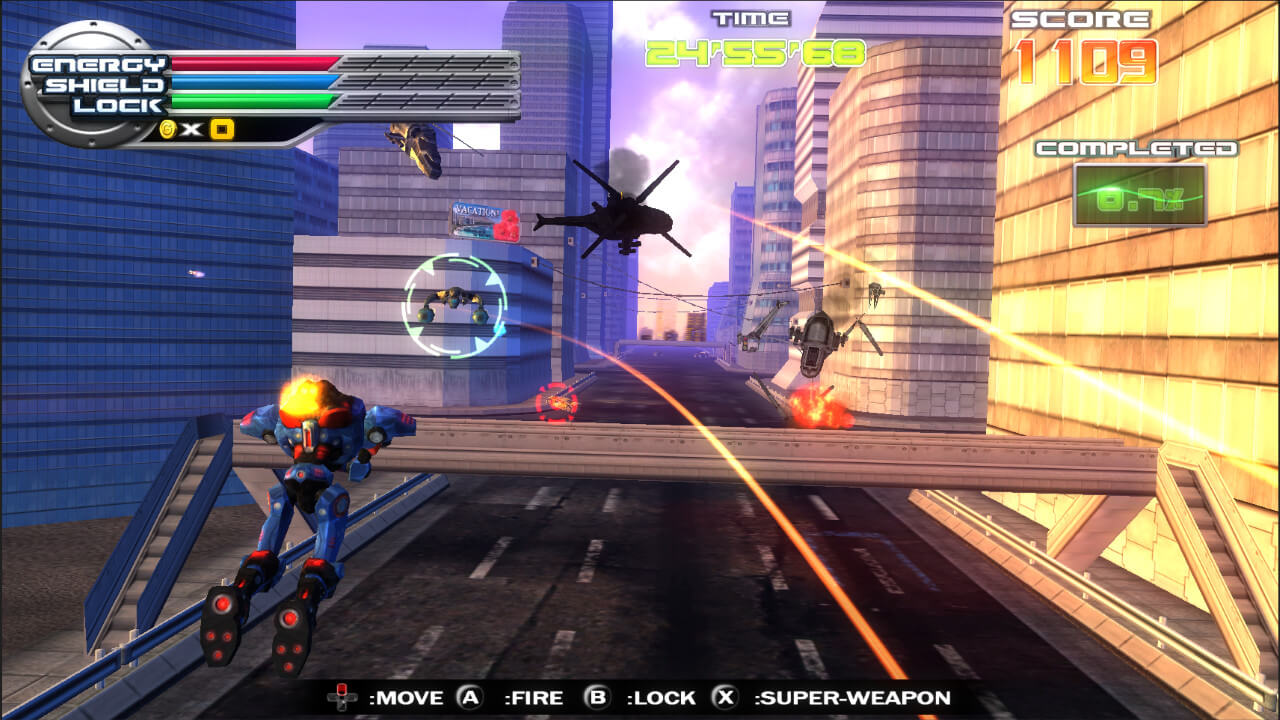 The forces of the Forseti and the evil Muspell are in a fight to the death. You are Hawk Winter, plucked from obscurity to pilot Battle Engine Aquila. Airborne or on land, your tactics and Aquila's firepower must combine to blaze a trail to lift the Forseti from oblivion.

It's 500 years in the future. Man and machine are virtually one, and the greatest megacity in the world is locked in a brutal war. Your mission: steal the largest, most sophisticated bio-mechanical attack weapon ever designed...and kick some serious ass!